Thomas Peacock was born in Cumberland around 1755. He had a long association with Escomb from the later years of the 18th century until the 1840s. He is recorded as being the perpetual curate for 50 years of the parish of Denton, outside Darlington, and leased Thornton Hall there for some years. Thornton Hall now manages a splendid garden which is open to the public on selected days over the summer months.

Perpetual curacies These became common in the 19th century when a great increase in population required new churches to be built and new parishes established, particularly in urban areas. Rather than changing complicated ecclesiastical rights around tithes and glebe lands, former chapelries were elevated to the status of parishes, their incumbents being named Perpetual Curates rather than Rectors. This term gradually died out and had disappeared by 1868.

Thomas Peacock appears to have a long association with Escomb. He may well have lived there as at the beginning of the 19th century many incumbents, as many as 50%, did not live in their own parishes. We know that for some years he ran a small school in Denton.

Thomas Peacock was active in the area in other ways.

This was announced in the Durham Advertiser and the Norwich Mercury. He died on Saturday 27th September 1851in Norfolk, where he had been the Rector of Tuddenham for the last few years of his life. He was either 97 or “in his 96th year”. The Norwich newspaper lists his property that was put up for auction. As well as a range of furniture and table wear there was an American clock, a Chestnut pony of 13 hands, a cab shaped pony gig and harness and an invalid’s chair ! 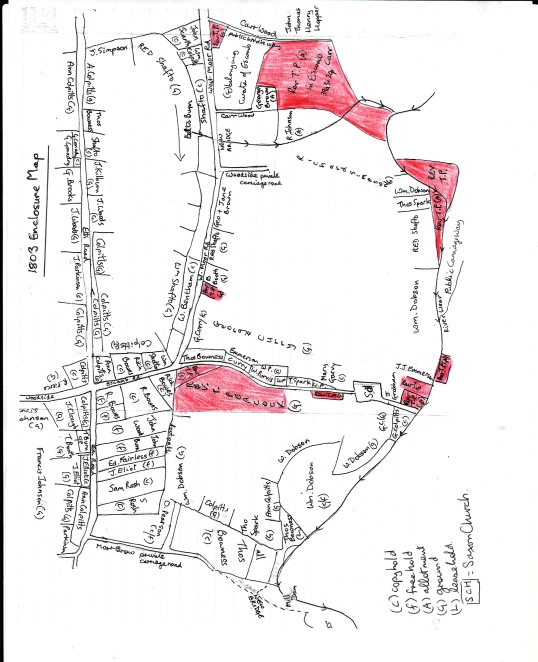